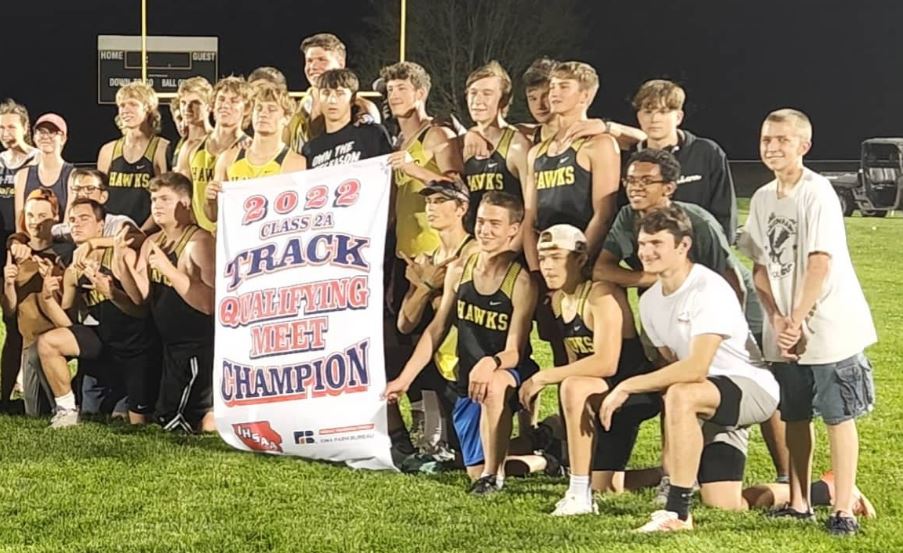 The eighth biggest story of the most recent academic year for Mid-Prairie Golden Hawk athletics takes us to Drake Stadium in Des Moines to highlight the work of the Mid-Prairie boys track and field team. The Hawks had 13 total events qualify for state. Top finishes included Jayden Stafford runner-up in the 100, 200 and 400 wheelchair events. Cain Brown was fourth in the high jump. The 4×800 team of Jayse Yoder, Robert Nagy, Blake Creed and Thaddeus Shetler was 11th. Shetler was 11th in the mile. The shuttle hurdle team Justice Jones, Kaden Meader, Braden Hartley and Brown was 12th, the Golden Hawk distance medley of Brown, Carter Harmsen, Will Cavanagh and Shetler was 14th. In the two mile, Shetler was 15th and Emmett Swartzentruber 16th. Brown was 16th in the 110 hurdles, the sprint medley team of Tyler Helmuth, Jackson Gehman, Harmsen and Cavanagh took 20th, Jayse Yoder was 23rd in the mile and the 4×100 and 4×200 teams of Cavanagh, Harmsen, Helmuth and Meader competed.

Tune in Thursday for the seventh biggest story for Mid-Prairie sports in the last year where we visit the traphouse.